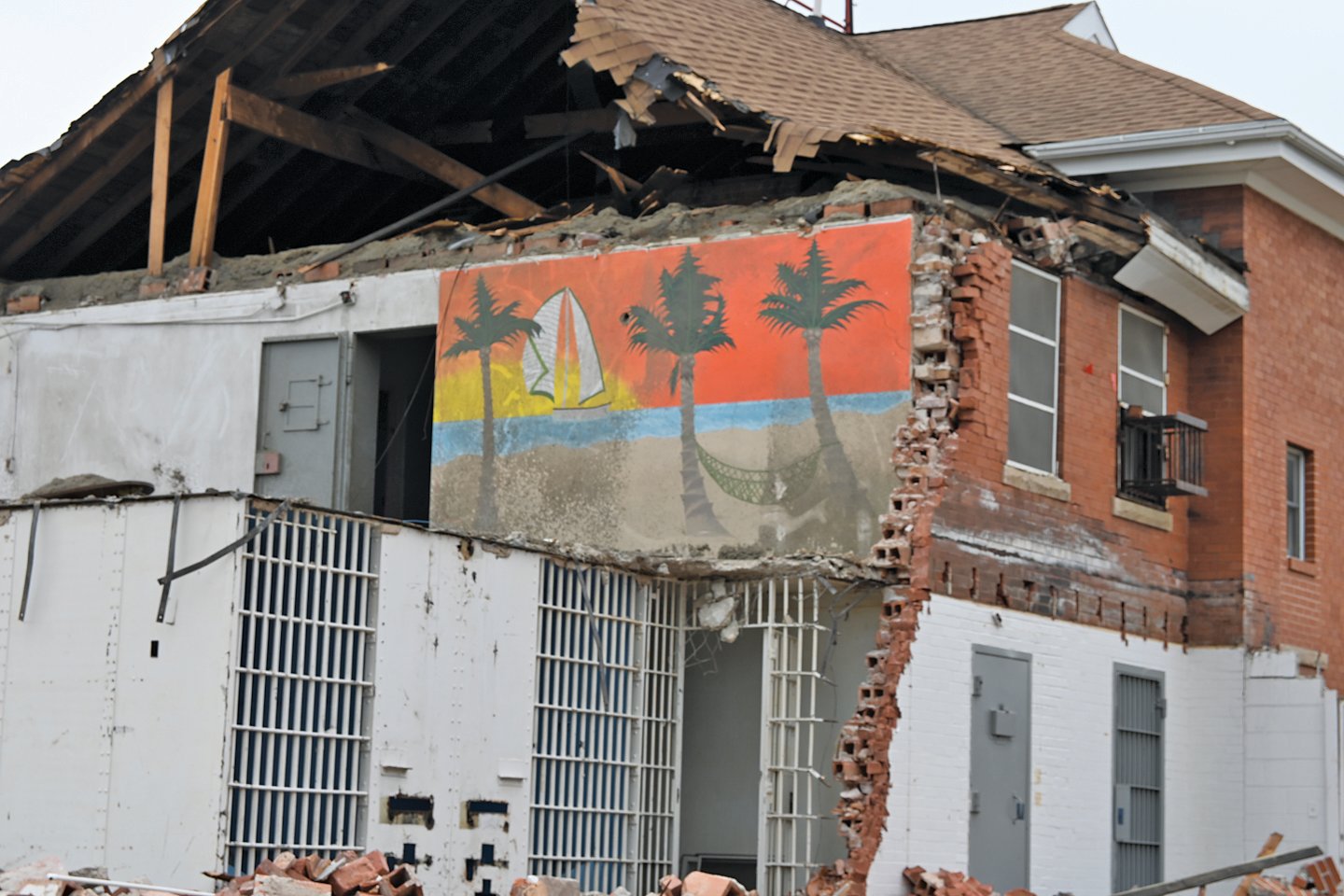 Work continues on the demolition of the old jail building. King Excavation has two excavators on site. The one at right pulls down the structure, and the smaller one to the left picks up the rubble to be put in dump trucks. -- Diane Weiland photo

TREASURE AMONG THE RUBBLE -- The demolition of the Palo Alto County Jail that started last week, unveiled two intact paintings. On the second floor at the north end of the building was a room known as a common area and at one time used as an exercise space. On one wall the head of an eagle was painted. The above tropical scene was created by the same individual. The inmate with a paintbrush was Manny Acosta. He was incarcerated in 2011. One of the persons doing the demolition was kind enough to climb to the second floor and read the signature. -- Diane Weiland photo