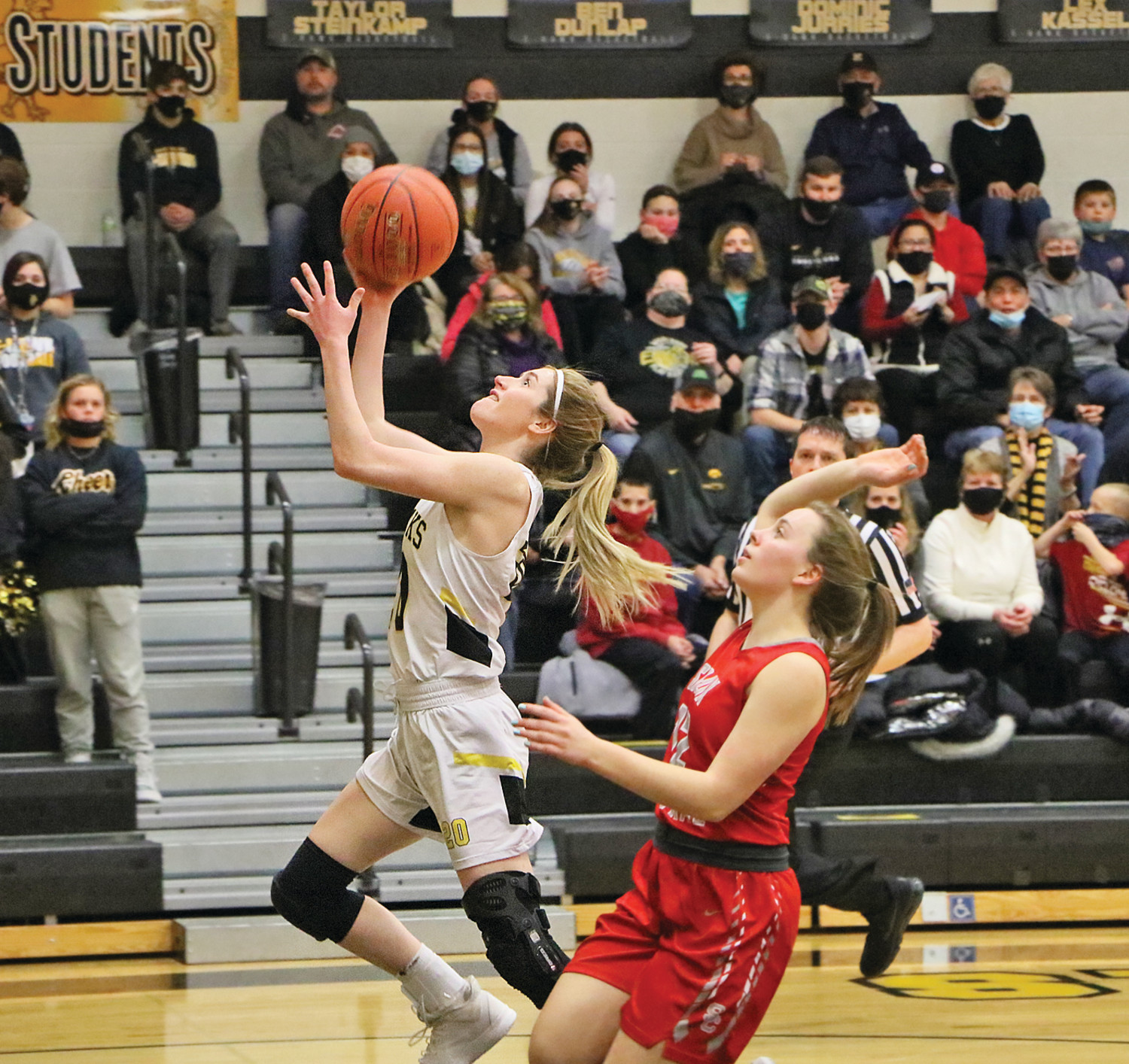 FAST BREAK -- Maddy Mueller bursts up court for the open layup during Tuesday night’s first round of Class 2A Regionals against Sioux Central. The Lady E-Hawks would dominate the Rebels in a 62-33 victory at Emmetsburg High School. -- Joseph Schany photo
Posted Tuesday, February 23, 2021 1:20 pm
by Joseph Schany

On Tuesday, Feb. 16, the Lady E-Hawks would earn a dominant 62-33 victory over the Sioux Central Rebels at Emmetsburg High School in Class 2A Region 7 first round action. Taking an aggressive offensive stance early in the contest, the Lady E-Hawks would get the early lead over the Rebels. By the end of the second quarter, Emmetsburg would score 26 to Sioux Central's 15. The girls would put in a stellar second half performance both offensively and defensively, outscoring the Rebels 36-18 to close out the game.

On Friday the girls would defeat Central Lyon on the road 48-43, taking advantage of another early lead. Though the Lions would pull ahead late in the third quarter, an impressive fourth quarter rally would see Emmetsburg walk away with the win.

Schany and Mueller would each tally 17 points on the night, with Schany going a perfect eight for eight from the free throw line. Steinkamp would score seven points, grabbing five rebounds on the night.